A few thoughts on Yoga 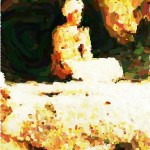 The word ‘yoga’ comes from the Sanskrit word “yuj” meaning to yoke, join together, or unite. There are many types of yoga and many ways to practice. In the broadest and greatest sense, yoga is the union of the individual’s unit consciousness with the Infinite consciousness.

Yogi Bhajan shared these words about yoga on January 1, 2003: “Some people think yoga is a religion. Some people think it is physical exercise for vitality and health. Some people think it is a psychological system that develops the potential of the psyche. In reality, this is all based on misunderstanding. Yoga is essentially a relationship. Consider the origin of the word “yoga.” Yoga, as we in the West understand it, has come from the biblical word, yoke. This from the root word in Sanskrit: jugit. They both mean “to join together” or “to unite.” Yoga is the union of the individual’s unit consciousness with the Infinite Consciousness. The definition of a yogi is a person who has totally leaned on the Supreme Consciousness, which is God, until he or she has merged the unit self with the Infinite Self. That is all it means.”

And from www.yogahub.com: “Defining yoga is a lot like defining the wind: It’s much more effective to communicate the effects than to nail down a concrete definition. But even beyond describing the mental, physical, and spiritual effects of yoga, the best way to really know “yoga” intimately is to experience it for yourself.”

Back to the blog.